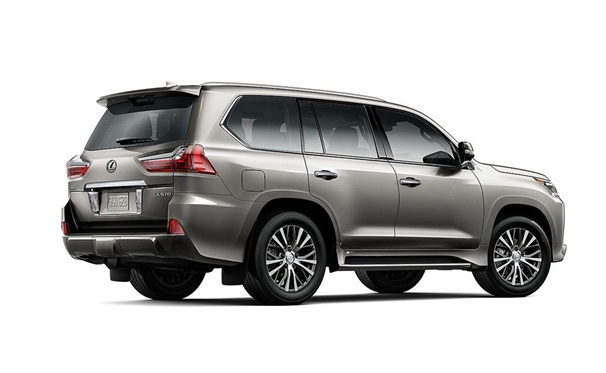 When Lexus entered the Indian market, it introduced three new models to the Indian market. The Toyota-owned luxury brand, then, opened up the order books for its sportier LC 500h, which is a Luxury Coupe and is a beast of a machine altogether.

Talking about the Lexus LX, it has been the brand’s flagship model in the country ever since it made its way to the Indian market. This also means the RX is the model that represents the Lexus brand in India. For those unaware, the LX is actually based on the legendary Toyota Land Cruiser LC 200. It is the glorified and posher version of the abovesaid Toyota, if I may.

Now, if you didn’t know, the Land Cruiser from Toyota is also a very capable vehicle off the tarmac, which means it’s an immensely capable off-roader. In fact, I will go as far as to say that the Land Cruiser LC 200 is one of the best off-roading machines we’ve ever tested in the Indian market.

So, the Lexus LX not only has the off-road capabilities of its smaller sibling but also it dons with a Lexus badge. This certainly means the LX is not just an extremely luxurious SUV, it’s likely the most reliable car in its segment.

So, what else does the Lexus LX bring to the table? After all, it’s not the most affordable SUV in town. Well, let’s take a look at what goes into the making of this prodigious SUV.

As far as its looks are concerned, the LX certainly has the road presence of a macho SUV. There’s nothing else like the LX in the market. It might be boxy and awkwardly tall, but these things work in favour of the LX to make it a rather intimidating vehicle on road, which certainly grabs lots of eyeballs on the move. Other design highlights include, large spindle grille, LED headlamps with DRLs, wide, high-set bonne, and gently flared wheel arches.

On the powertrain front, the flagship SUV from Lexus comespowered with just a single engine. It’s a 5.7-litre V8 petrol unit that produces 362bhp of max power 530Nm of peak torque. The engine is mated to an 8-speed automatic transmission. Earlier, the LX used to come with a diesel engine as well, but it now only comes with just a single petrol powertrain.

Lexus has kept its lips sealed on the fuel efficiency numbers of the BS-VI version of the 5.7-litre V8 petrol unit, which does its duty under the hood of the Lexus LX. As per our sources, however, the LX is capable of returning 6.9km/l.

Before we discuss the feature set, it’s also worth mentioning how luxurious is the cabin of the Lexus LX. Upon entering the cabin for the first time, it almost feels like you’ve entered a rather luxurious tank.

All the details regarding the Lexus LX, namely, the engine, specifications, variant wise equipment, colours, dimensions, interiors, and exterior details are extensively covered in the brochure.

As of mid-2020, the Lexus LX is available in just a single variant, in the petrol-automatic configuration. It is priced at Rs. 2.33 crores for the ‘570” variant(ex-showroom, Delhi). For the variant-wise on-road prices, visit us at autoX. Also, grab the latest info on the upcoming cars, only at autoX.