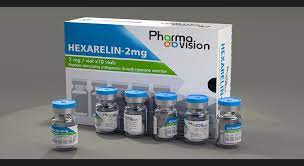 We are all prey to diseases which include some serious issues as well. It is undeniable that we invite some of it through poor lifestyle choices and unhealthy habits. But there are diseases which happen with age or due to heredity. A disease can make the patient and even the whole family suffer not only physically but also emotionally and financially. For years, researchers have been trying to find solutions to different diseases which can help people to fight back successfully and lead a better and healthier life. These researches have led to the discovery of peptides, an ingredient of the human system that take parts in different important functions. There are different types of peptides having different capabilities. While some peptides work wonder on aging skin, some can be helpful in treating many issues including cardiovascular diseases, obesity and skin aging. One of such wonderful peptides is Hexarelin which has shown great results in terms to cardiovascular diseases.

The natural analogue of hexarelin is ghrelin. But the synthesized GH releasing peptide is more potent and stable compared to ghrelin when it comes to cardioprotective effects. That is why it has greater chances of becoming a promising agent for the treatment of some cardiovascular conditions. Researches show that the administration of ghrelin is beneficial for chronic heart failure patients and also in improving hearth health of rats. It is capable of increasing LVEF or left ventricle ejection option, exercise capacity and cardiac output. But ghrelin is a peptide which is natural but unstable. That is why the clinical use of it is limited. On the other hand, hexarelin works just like ghrelin imparting same benefits to the body. At the same times it is much more stable than ghrelin. Hexarelin is a potent synthetic hexapeptide which can be administered orally. It has the potential to become a potent substitute to ghrelin in treating heart conditions. Many researches have been done on rat models and there have been positive results.

During research, hexarelin was administered in male with ligation of left artery. It was administered four weeks after the ligation. The treatment was accompanied by transthoracic echocardiography both before and after. The rats that were treated with hexarelin had improved stroke volume index, stroke volume, cardiac index, cardiac output and overall decreased peripheral resistance.

But hexarelin is not only effective for cardiovascular diseases only. It plays major role in reducing body fat and helping skin to fight signs of aging. This very peptide is not available in market for general clinical purpose as there are more to be explored. While some peptides are already in use, Hexrelin needs more effort from the part of the researchers. The current results show that this peptide can become an important part of cardiovascular treatment. Researchers can get hexarelin for sale for laboratory use only. With more research on it, Hexarelin might become one of the most potent and beneficial peptides and a replacement of ghrelin while helping in dealing with numerous diseases.